"Some Might Brand Me Anti-Semitic, But I Really Don't Care": Welsh Greens leader 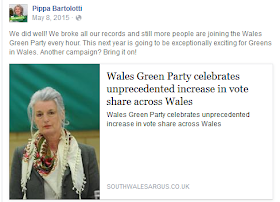 I've blogged several times about the anti-Israel activities of Welsh Greens leader Pippa Bartolotti, for instance (do take a look, for the second one in particular is a wonder to behold!) here and here

Ms Bartolotti certainly deserves a place in the pantheon (if that's the right word!) of British anti-Israel politicians identified in this blog post by the redoubtable Edgar Davidson.

In recent days Ms Bartolotti has shared the following cartoon posted by an anti-Israel resident of Cardiff (whose Facebook page is filled with such matter) and introduced the cartoon with a defiant introductory comment of her own: 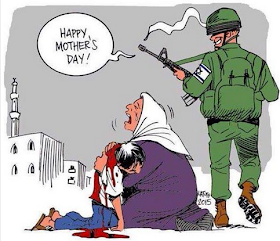 More currently from the fragrant lady: 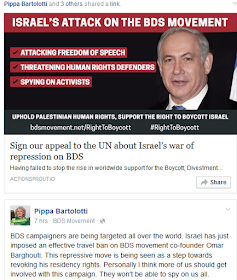 A friend of mine has a formula that he reckons works half or even two-thirds of the time.  He calls it Cherchez Le Juif. He says "if a person's more antisemitic than they ought to be, look for the Jewish grandparent".

Both Ken Livingstone and Jeremy Corbyn have suggested that they might well have a Jewish forebear: but have yet to produce the goods.  (Dear old granny, in Ken's case, I seem to recall.)  Good figleaf, say what?

But in this case?